The link between oral health and systemic health has been a very hot topic lately. With the Netflix "documentary" The Root Cause, and several recently published articles have pushed the topic into public awareness. 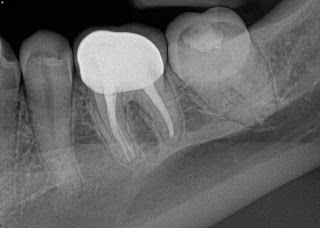 The thing that is really upsetting many of us in the dental community is that most of the "science" and "experts" that are featured in the film are not exactly reliable. The experts include Dr. Weston Price, whose research from the early 1900's has been called into question due to poor experimental practices, Dr. Hal Huggins, whose dental licence was revoked due to gross negligence, and Dr. Boyd Haley, a chemist who claimed that vaccines cause autism though he has no background in child neurology, epidemiology, or genetics, making him the opposite of an expert.

The science that is often cited in the "studies" that support the film refer to cancer or other systemic disease being on the same "Meridian" as the root canal. The meridian concept comes from Chinese medicine which claims that the meridians allow the flow of energy throughout the body. These meridians do no correspond with any know anatomical structures such as veins, arteries, or nerve channels. 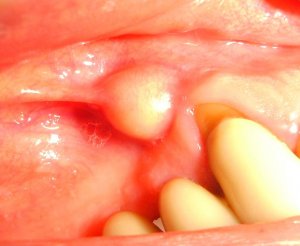 The Truth(As We Know It)

There is a very real correlation between oral health and your overall health. However, there is no scientific evidence to suggest that root canals cause cancer. Accredited Dentists recommend root canal treatment to save their patients from severe acute infection which does have documented serious effects such as airway involvement or spread of the infection to the eye or brain, and considerable pain.

The film The Root Cause is full of unsubstantiated claims, logical fallacy, and studies that would be laughed out of any respected peer reviewed journal. We can't tell you what to believe, but this one should really be put in the trash. There are links below to other reviews of the film.

Popular posts from this blog

May 10, 2018
Hello again everyone! It occurred to us that after the lecture on Periodontal Disease last month, it might be a great idea to talk about prevention. Today we will go over dental Hygiene 101, the best practices, and some useful tools to keep your mouth as healthy as possible between your professional cleanings. Order of Operations! You may not remember PEMDAS from math class, but pretty much everyone knows that you should brush, floss, and rinse with a mouthwash, but what you didn't know is that you are doing them in the wrong order! Dr. Pan recommends first flossing, then brushing, and finally rinsing with a non-alcoholic rinse. Flossing comes first because it helps to loosen any stuck food or plaque in between your teeth and down to your gums, which is then removed by brushing. Finally, the rinse helps to kill any stubborn bacteria around the gums and rinse anything you missed when you spit out your toothpaste. A family member taught her son the acronym FBS to help him rememb
21 comments
Read more

Does your smile have Termites in it?

December 11, 2018
Look Familiar? Hopefully this looks nothing like your beautiful smile, but we have all seen the movie, or at the very least heard the song 100+ times this season already. While the Grinch may simply have to live with the staining, crowding and his bug friends, we can help take care of your teeth a little better. This is not only the season for Ho-Ho-Ho but also the end of the dental benefit year for most insurance plans. Use it or lose it! At the end of the year, most dental benefits reset, meaning you have a full maximum to use in the new year. However, you also have that pesky deductible to meet again, and any benefits that you did not use in the last year go down the drain, back into the pocket of the insurance companies. Call us today to see how to maximize your benefits for the year, or request an appointment on our website, www.dralanpan.com , or here is information on Implants , Whitening , or to learn a bit more about Dr. Pan
15 comments
Read more

July 09, 2018
Tooth pain can be terrible as you may know. This can be from tooth decay, gum health problems, gum recession, or even a naturally thin layer of enamel, but there are a few things that are quick fixes for sudden onset of sensitivity or pain when you can't get to your dentist immediately.  OTC Pain relievers: Over the counter pain relievers, such as Advil, Motrin, or Tylenol, can be used to treat minor tooth pain or sensitivity. They are fairly quick acting usually taking effect within about 30 minutes. For tooth pain Dr. Pan usually recommends Ibuprofen(Advil) because it is anti-inflammatory as well as a pain killer. This helps just in case the pain is caused by inflammation(swelling) of either the gums or inside of the tooth. Orajel: Orajel or other numbing agents are great for numbing the area temporarily until you can see your doctor. There are a number of similar products on the market, they work all basically the same way. A holistic alternative would be Clove Oil. Ice:
9 comments
Read more